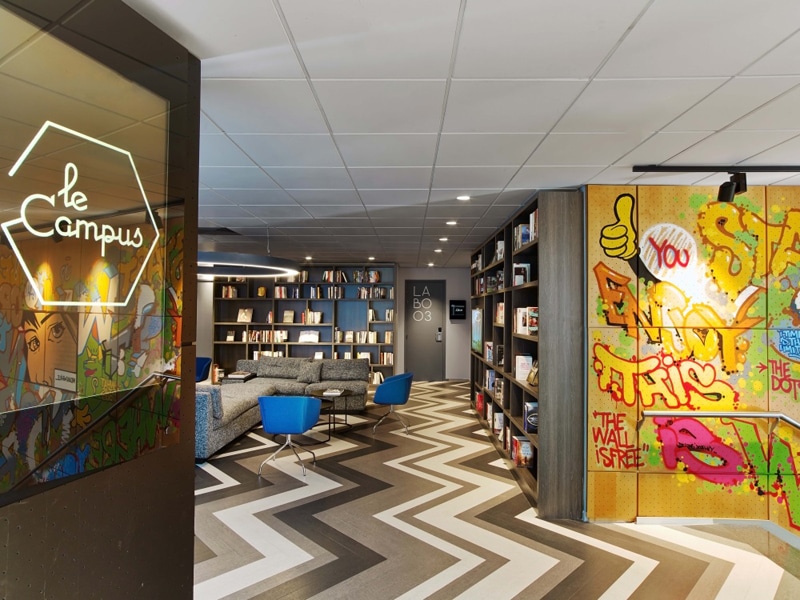 This week’s instalment of the #SBIDinspire series features Virserius Studio, finalists from the SBID Awards 2015. SBID interviews the imaginative minds behind the projects to give an insight into their creative process and how they tackled some of the industry’s biggest and best projects. 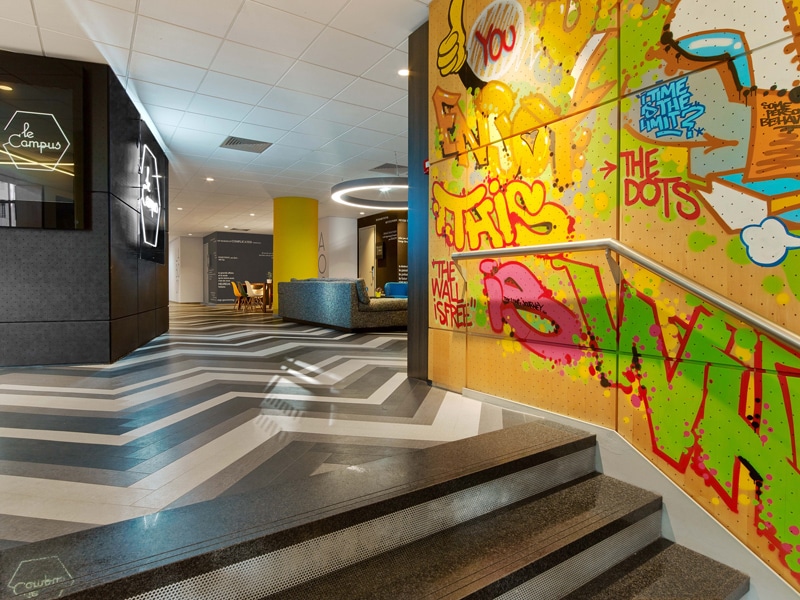 Hyatt Regency Charles de Gaulle and its owners, The Blackstone Group, approached us about creating a novel space that would break the mould, and set them apart in the competitive marketplace. They wanted a place that would challenge traditional notions of gathering spaces for its business guests. The result was Le Campus, a space that would remind patrons about the creativity and social connectivity of yesteryear and hopefully inspire them in the same way today. The clients wanted us to design an environment that would inspire senses of cohesion and collaboration during their guests’ stays. We were able to push the design envelope while paying close attention to the Hyatt’s needs. In fact, the working relationship between us and Hyatt/Blackstone was quite seamless; they really enjoyed and supported our vision throughout the process. 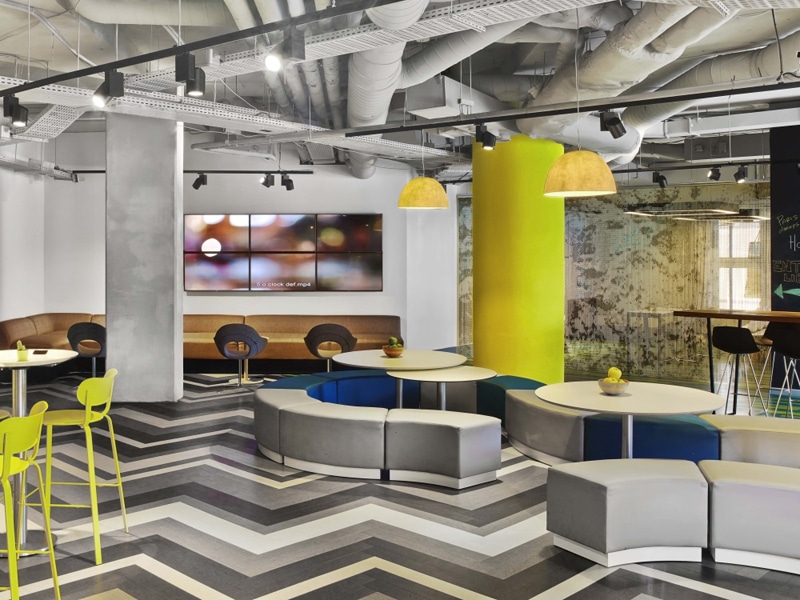 The design inspiration for Le Campus was the American university experience. We wanted Le Campus to evoke nostalgic feelings of meeting and learning during the university years, with a space that is interactive, cool, and playful, but would also introduce something new for those with more traditional notions of a work, meeting and event space. 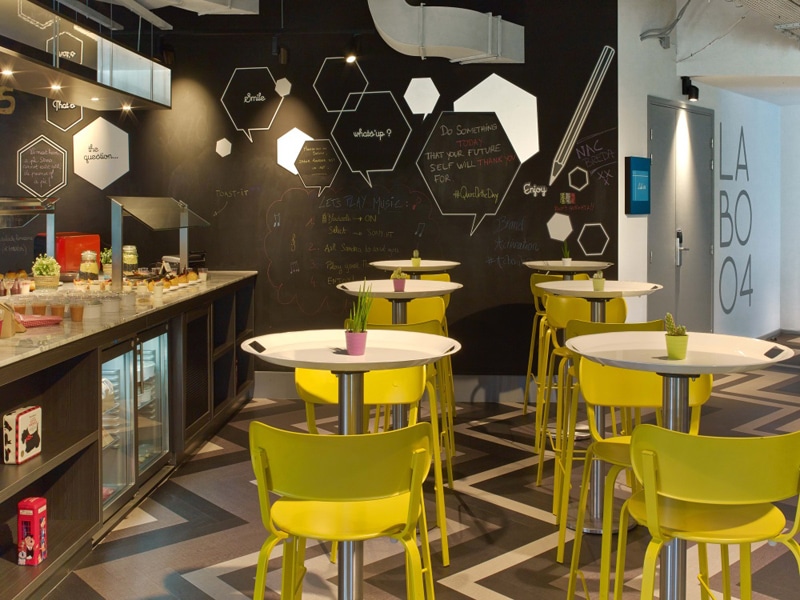 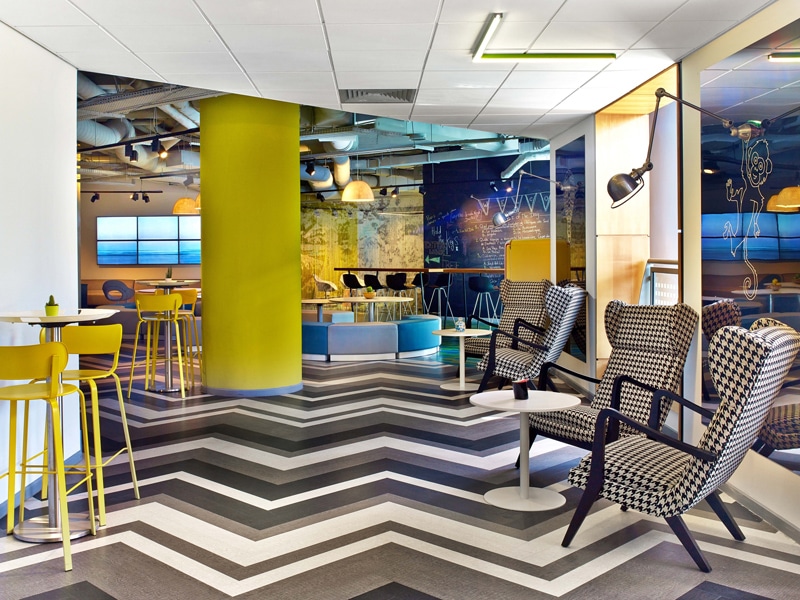 We wanted to honour the architecture of the space, but felt we needed to open it up to give it more light and to make it bigger. Time was another hurdle to overcome; we had a lot to accomplish in a short period of time, especially with the number of custom made pieces. To keep things more cost-efficient and sustainable, we sourced regionally-produced furniture and elements. The process, from kick-off to completion, took about 8 months. 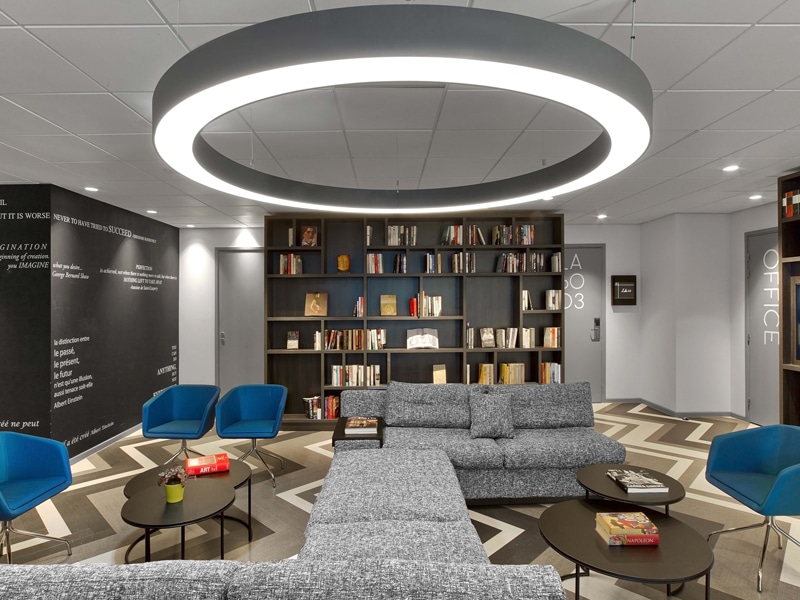 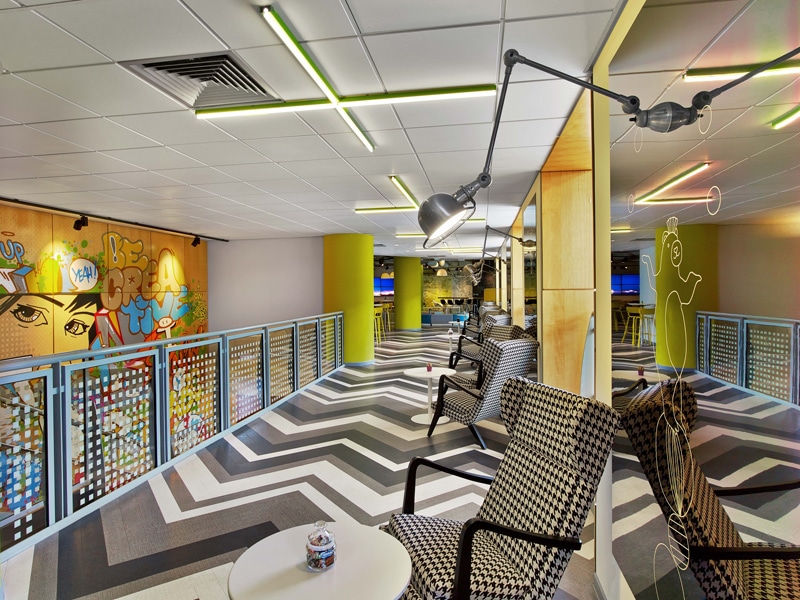 Among the many highlights was the graffiti wall along the stairs leading to Le Campus, for which we collaborated with famous French street artist Le Monstre. Also, we really loved the other contemporary art elements throughout like the video installation in the picnic area, which Regina, V/S Creative Director and an esteemed artist and photographer in her own right, had created. 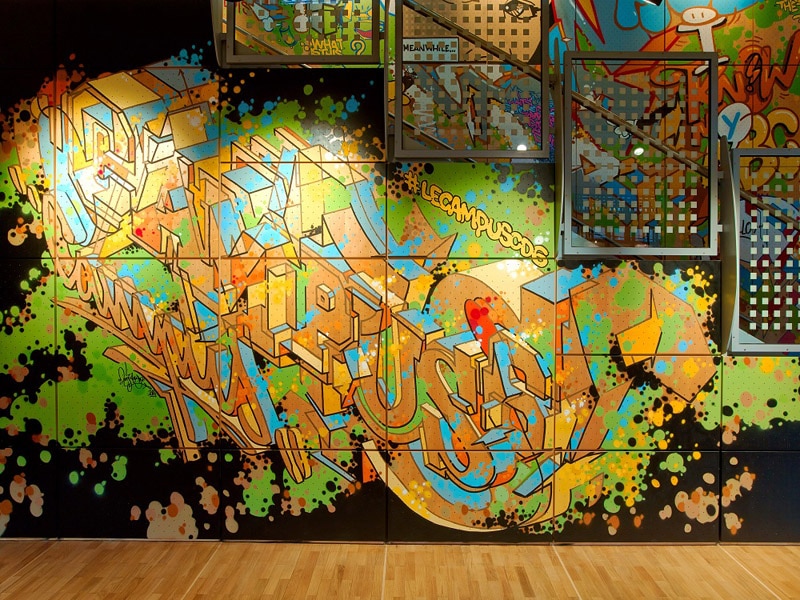 Le Campus is among our favourite projects. It was such a design-forward effort, one that became the standard for future Hyatt Regency projects. It also incorporated many of our signature bold statements and unexpected ‘moments,’ which we are known for.

SBID is a renowned organization with a prestigious award programme.  We felt so strongly about Le Campus that as soon as it was launched and photographed, we wanted to enter it as soon as possible, to be judged among the top design projects in the world by a respected and renowned jury of our peers. We were honoured to be shortlisted.

Entries to the SBID Awards 2017 are now open and accepting submissions, to find out more and enter Click Here. 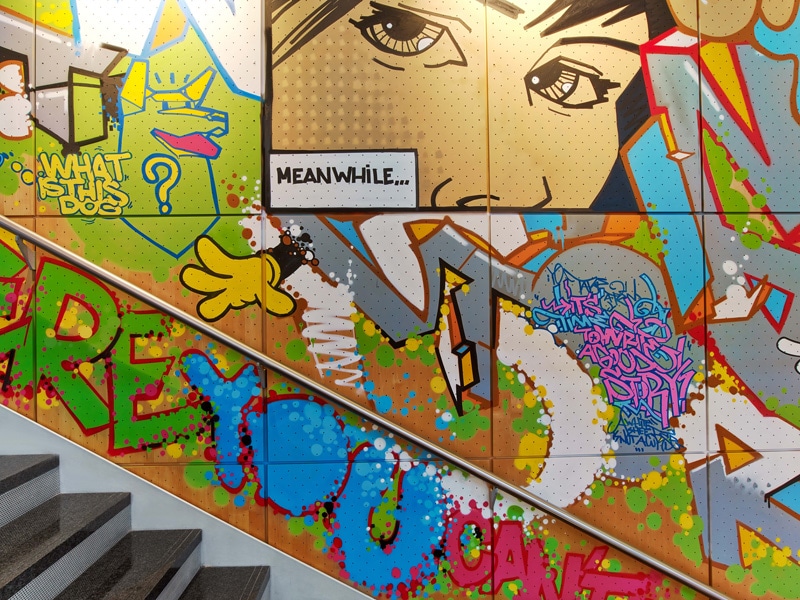 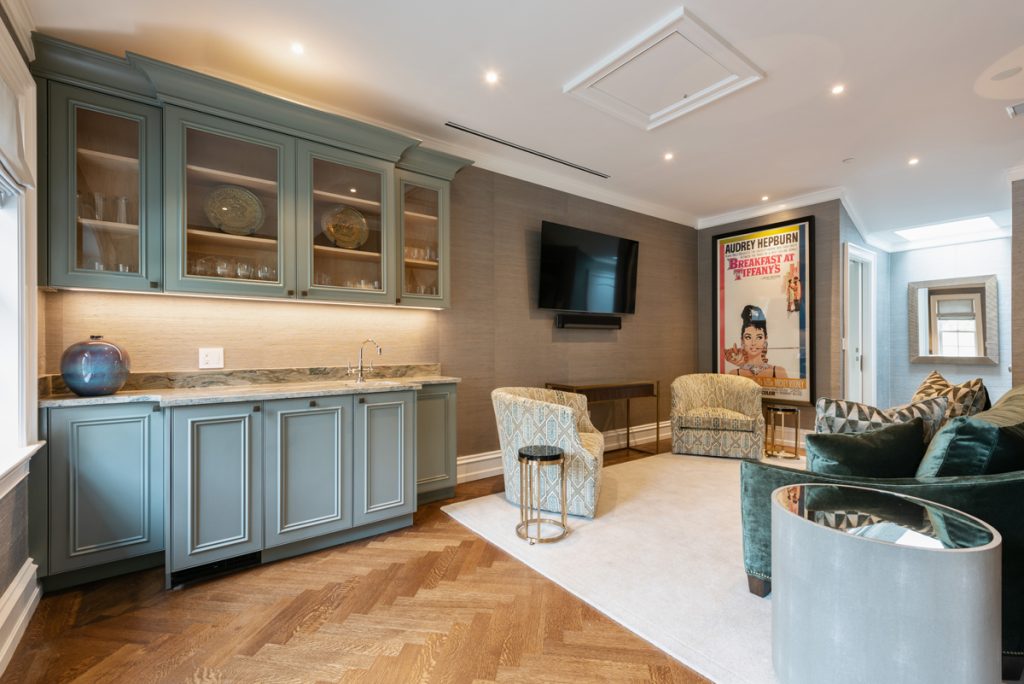 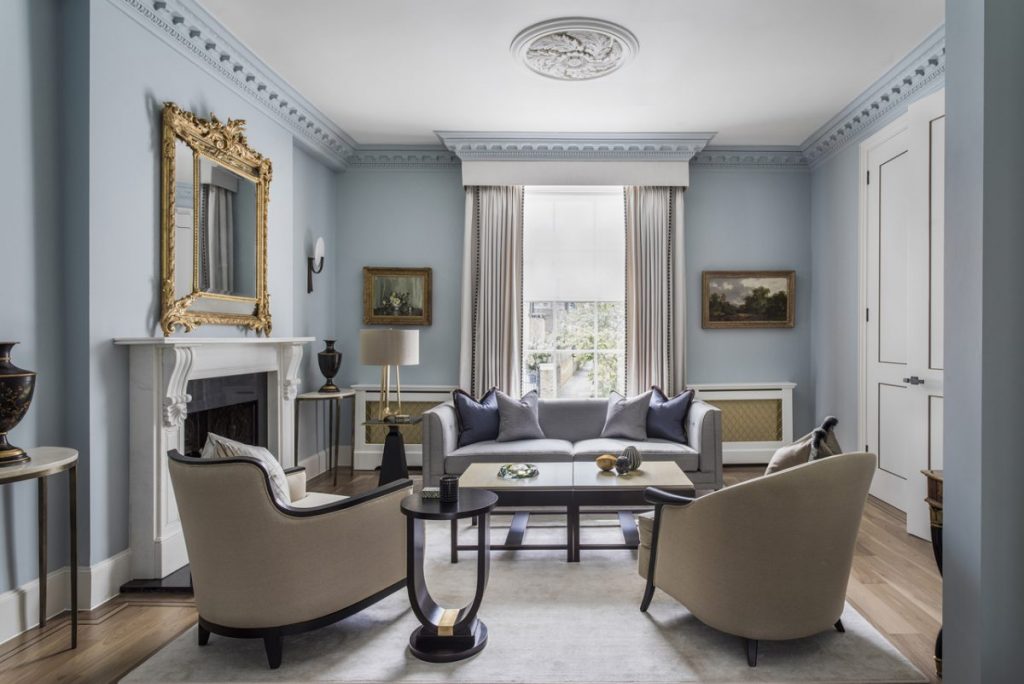