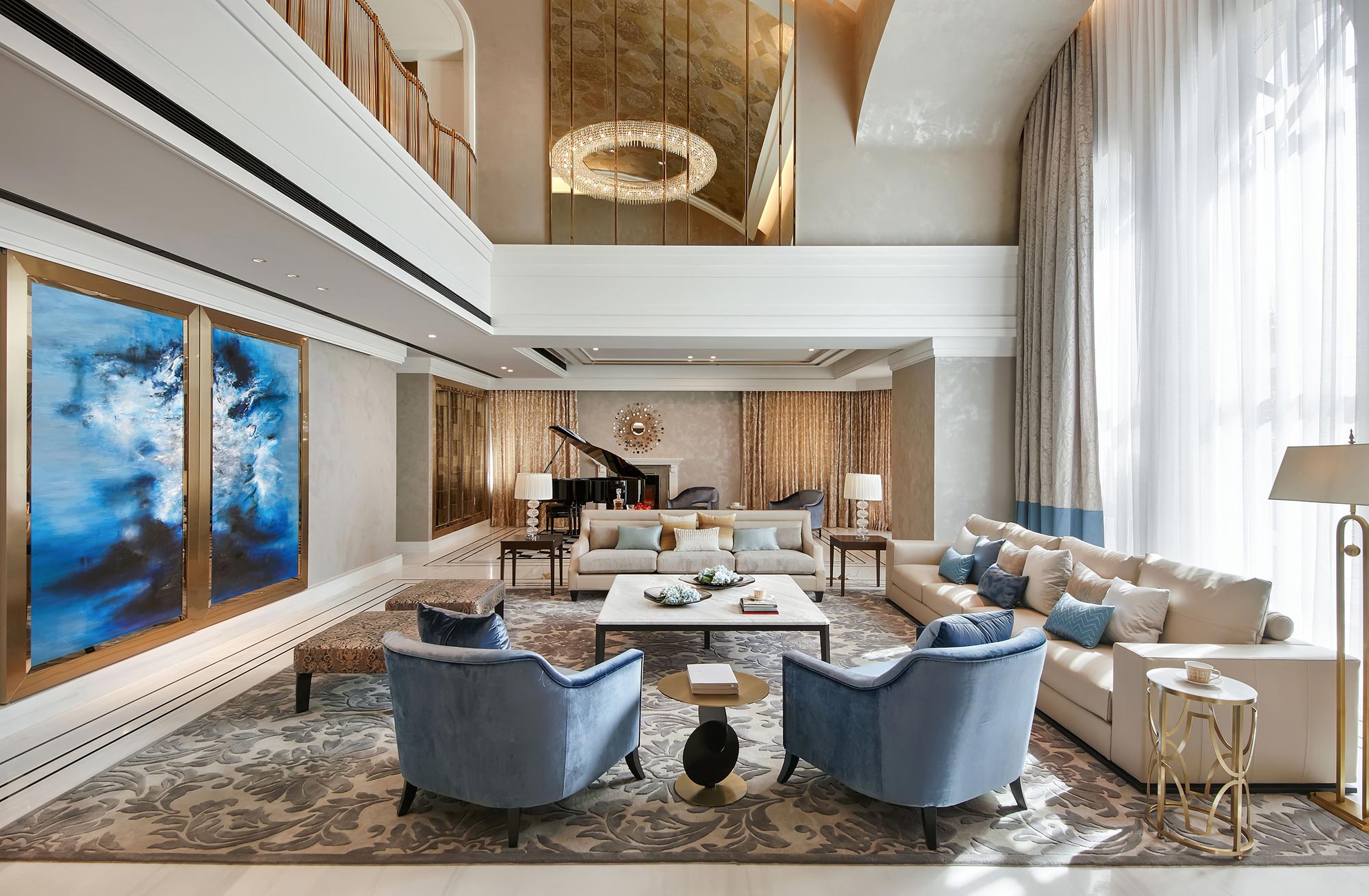 This week’s instalment of the #SBIDinspire interior design series features a luxury residence with an exterior which echoes the Renaissance elegance of the Château de Chambord. The interior design scheme draws its inspirations from the history of the Silk Road and the cultural interactions it enabled; this ancient network of trade routes was essential in connecting the East and West, so an interplay of Asian influences and European Renaissance style details became a recurrent design theme throughout the property. From imperial gold, elegant blues, translucent glass, refined silk and sumptuous satin… Every interior decision aims to convey a language that speaks of both a classic era and that of the modern day. 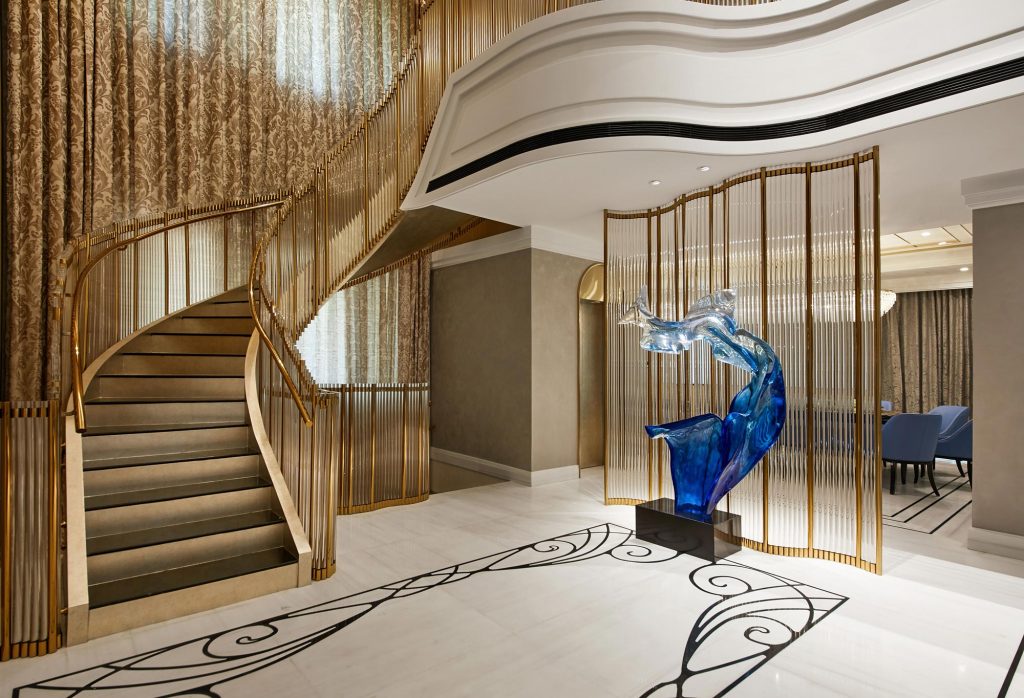 The client’s career map is spread all over the country, so he hopes to combine and elegantly blend different kinds of cultures in his new residence, as well as showcase the most exquisite tastes, designs and the character of himself. 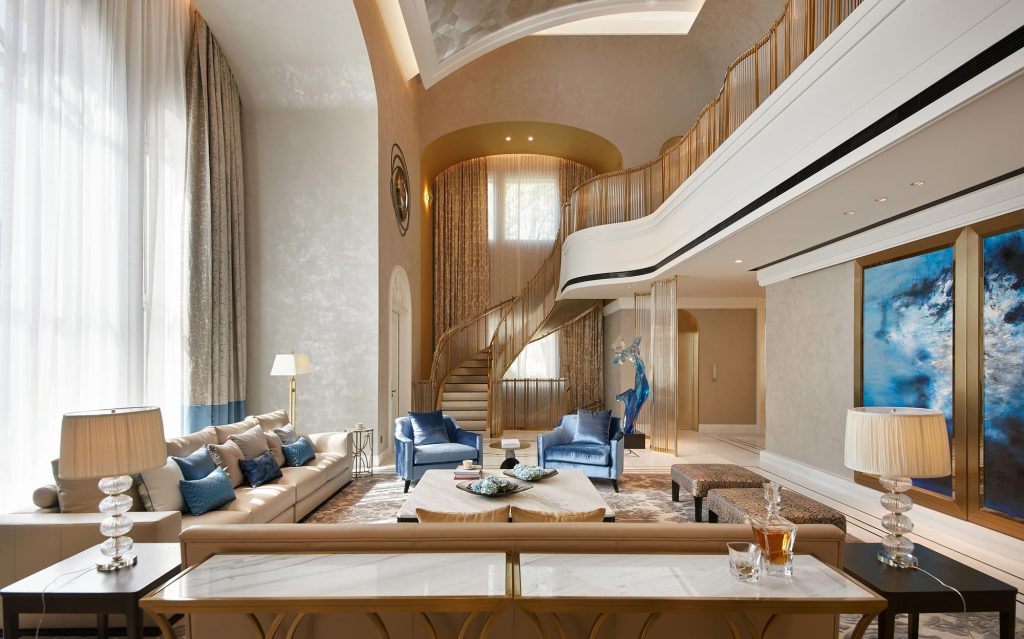 Nestled in the city, the project’s symmetrical arch windows and angled roof resonate with the Renaissance elegance of Castle Chambord in France. Inside the castle are glass-cuts and curtains whose patterns derive from Chinese octagon motifs and a fascination of Chinese textile, an evidence of cultural interactions nurtured by the Silk Road. The project concept, with silk being an integral design element, is therefore inspired by those reciprocal exchanges between Eastern and Western thinking as well as aesthetics brought about by the ancient trade route. 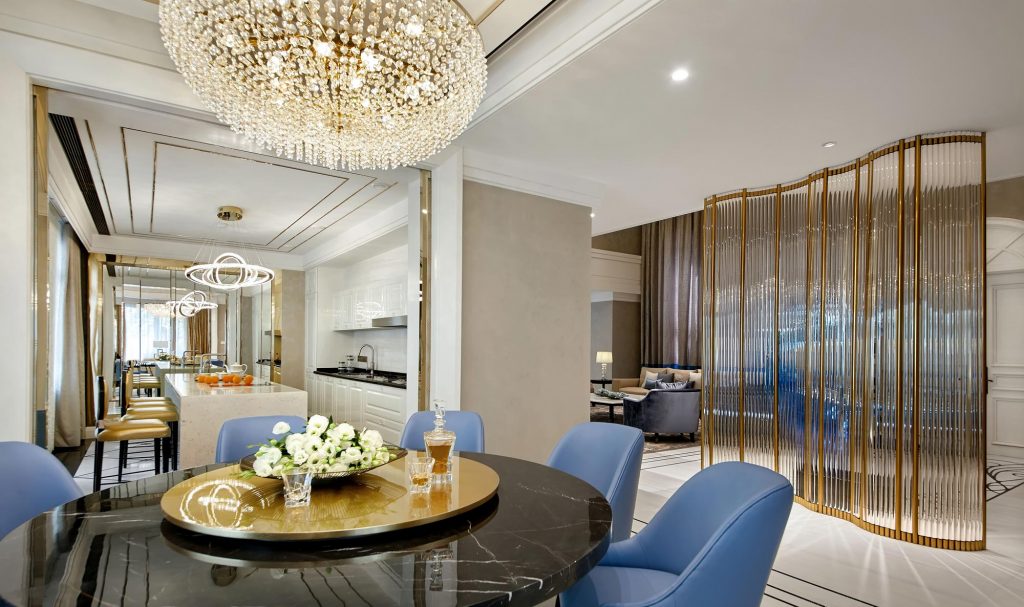 This project is a huge villa in China. The first problem we faced was how to perfectly express the image of the trade which is a symbolic part of the owner. How to  show the concept clearly and integrate into modern Chinese lifestyle? Second, our company is located in Taipei and the project is far away from us so we can’t always supervise the decorating process. We search local professionals for help to complete this difficult project. 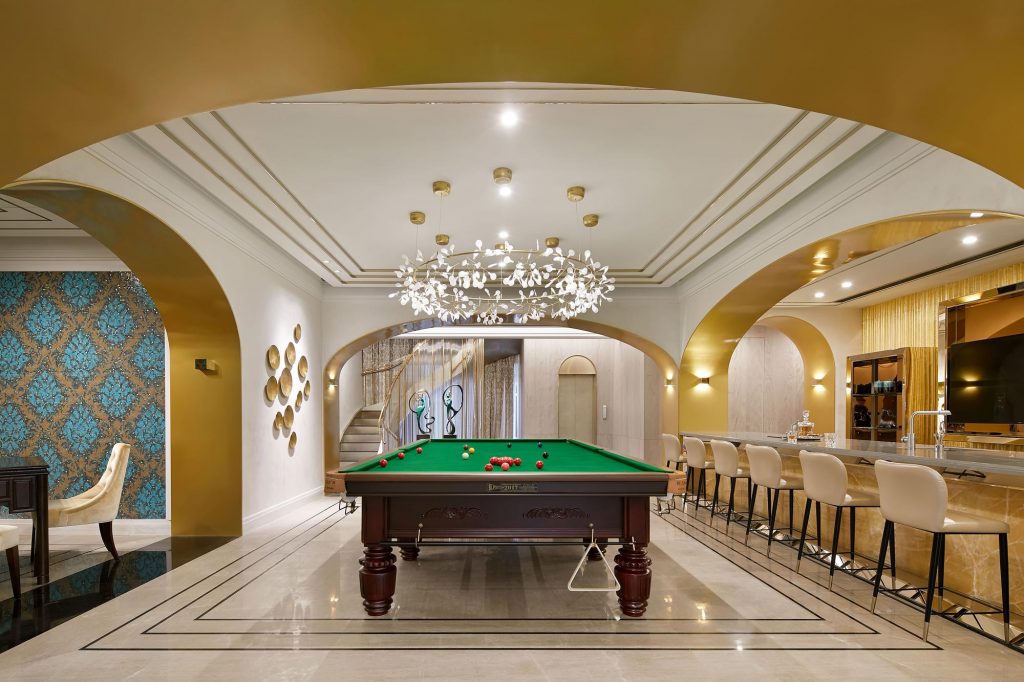 The satin, shimmering like pearls on the vertical façade, is like the golden sand which whirled across the Silk Road by sweeping winds. The arches decorate the basement like ribbons as well as divide it into spheres serving various functions, a light bar and recreational use, mahjong and games, guzheng performance… The extravagant gold colour imbues the bar with a contemporary charm, while the glass mosaic unfolds into continuous, symmetrical damask patterns that emanate aristocratic elegance.

The fine silk conveys a tinge of allure in the grand living room. The glass railing winds up the staircase as if dancing to a tune with the air current. The dome-shaped ceiling hovers above like a scarf in midair, forming a collage of hexagons in three metallic shades that allude to French glamour. Walking up to the second floor, intricately embroidered flowers, birds and mountains in resplendent colours in the master bedroom show magpies perched on plum trees. This motif, symbolic of everlasting happiness, is an offering of goodwill to the owner.

Thin as cicada wings, the silk screen that divides the space seamlessly is resplendent, yet light and cosy, as if veiled by ancient blessings. Meanwhile, refined glass and metal reflect the morning light as they caress the European broad-leaf plants on the carpet and curtain. Life, can be a delightful dream. Imperial gold, elegant blue, translucent glass, refined silk… felicity is woven into warps and wefts to convey a language that speak of both a classic era and the modern day. 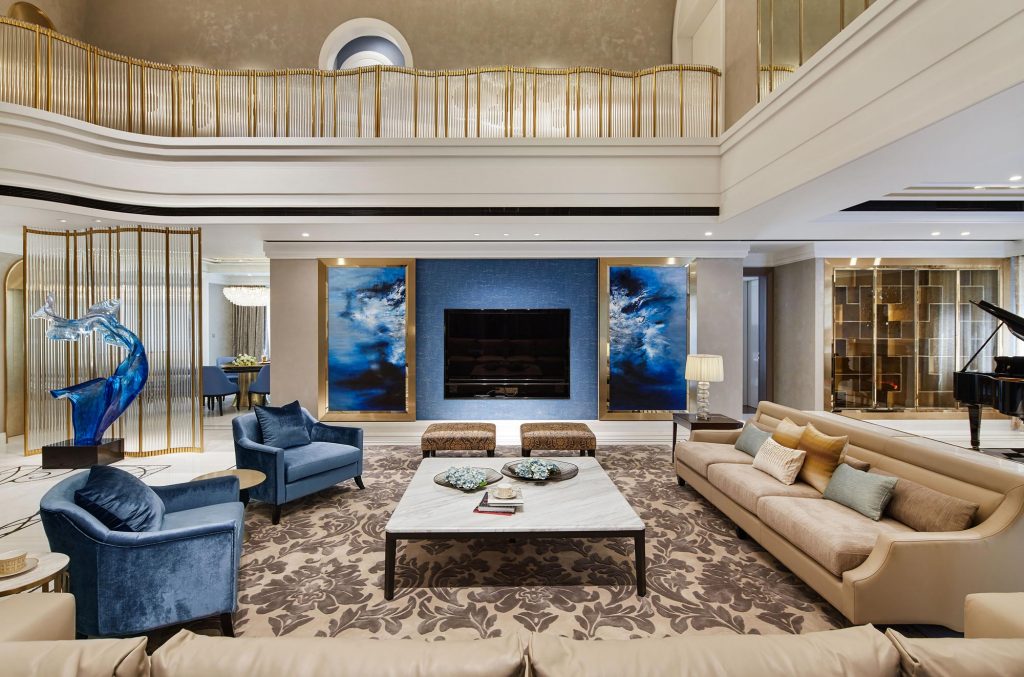 SBID is one of the most representative Awards in the world. Our project is highly acknowledged in Asia competitions and we want to know if it is also appreciated by an international audience. 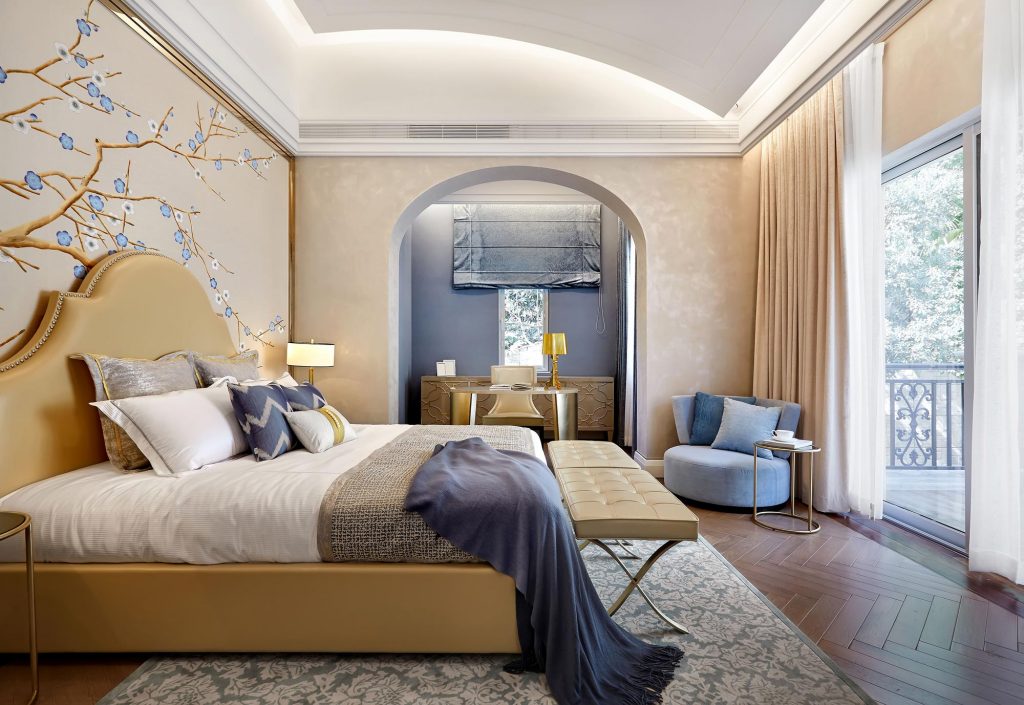 If you missed last week’s Project of the Week featuring a heritage conversion property rich in original detailing and upscale interest, click here to see more. 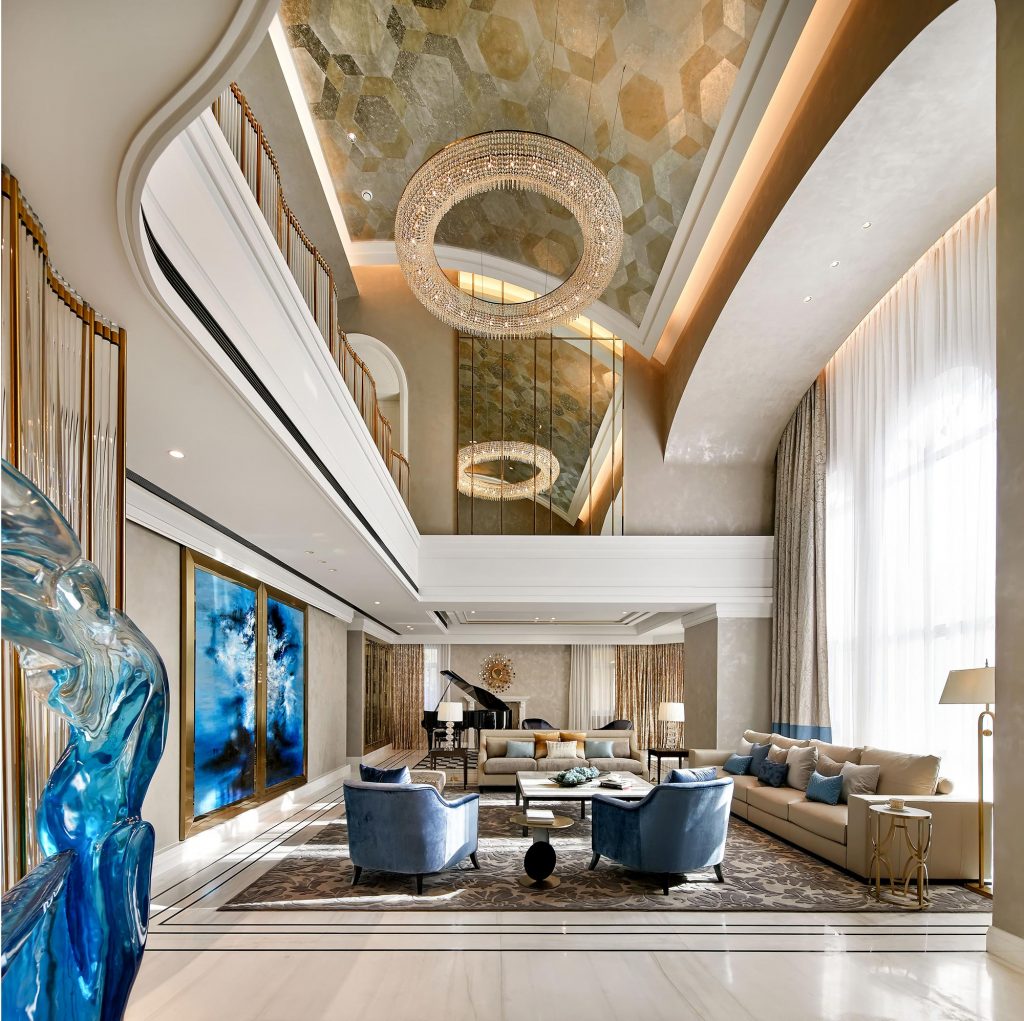 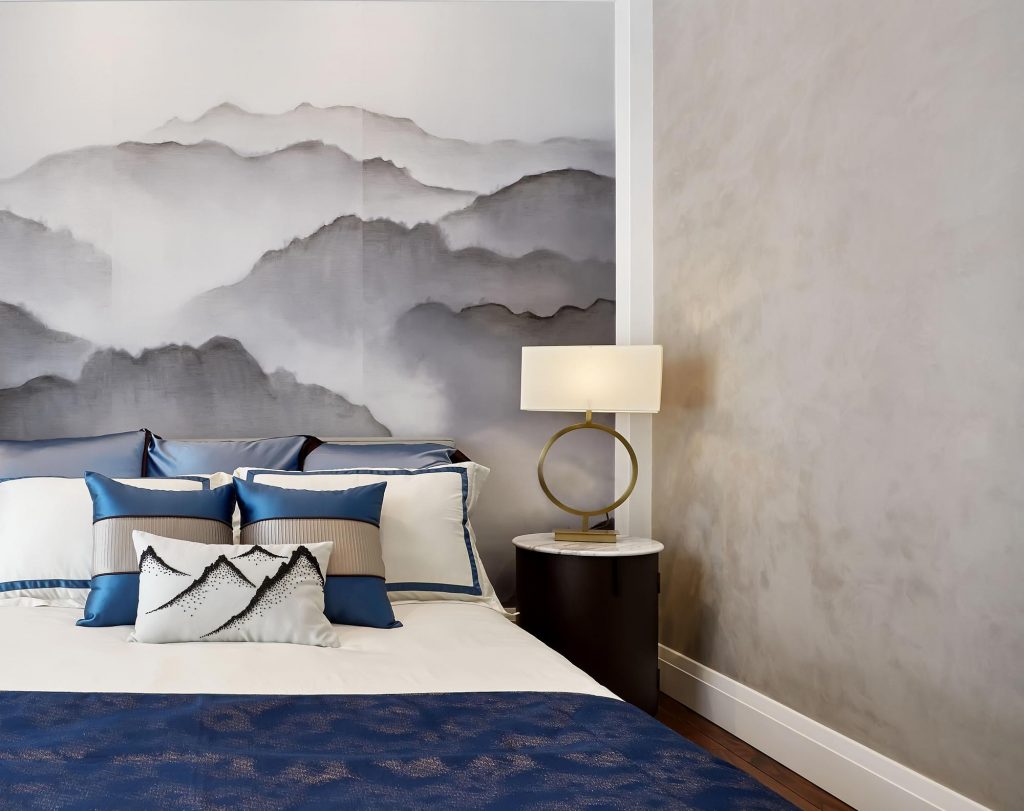 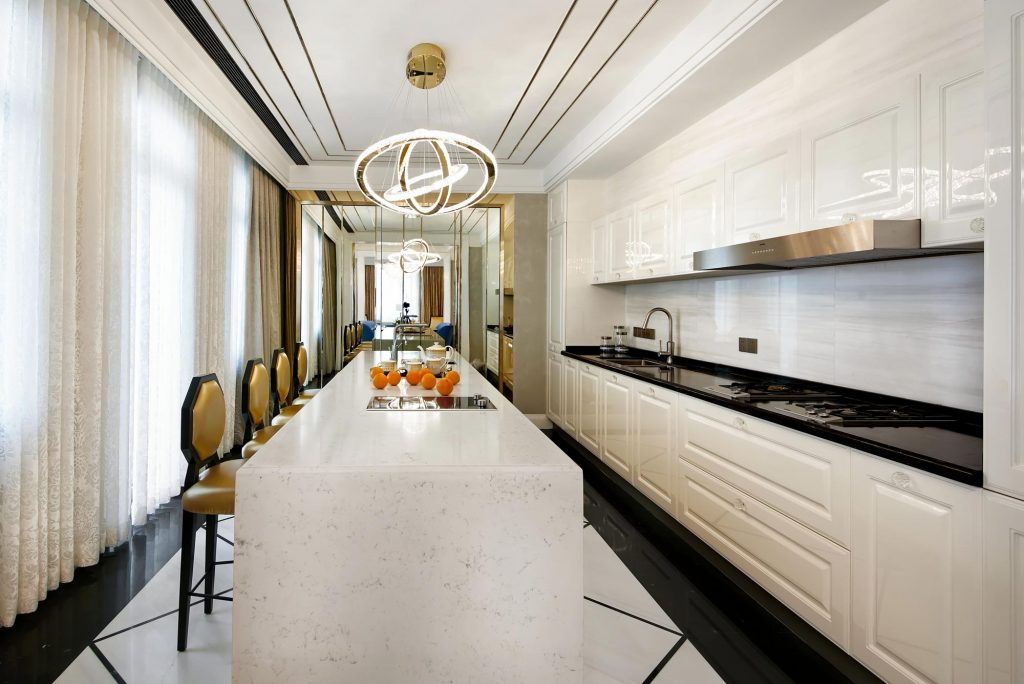 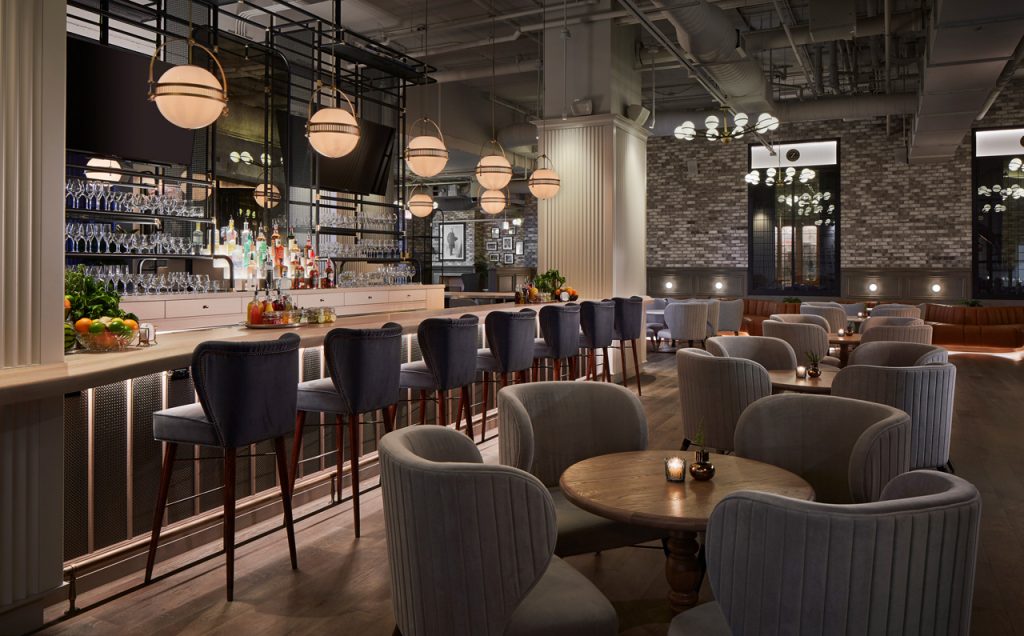 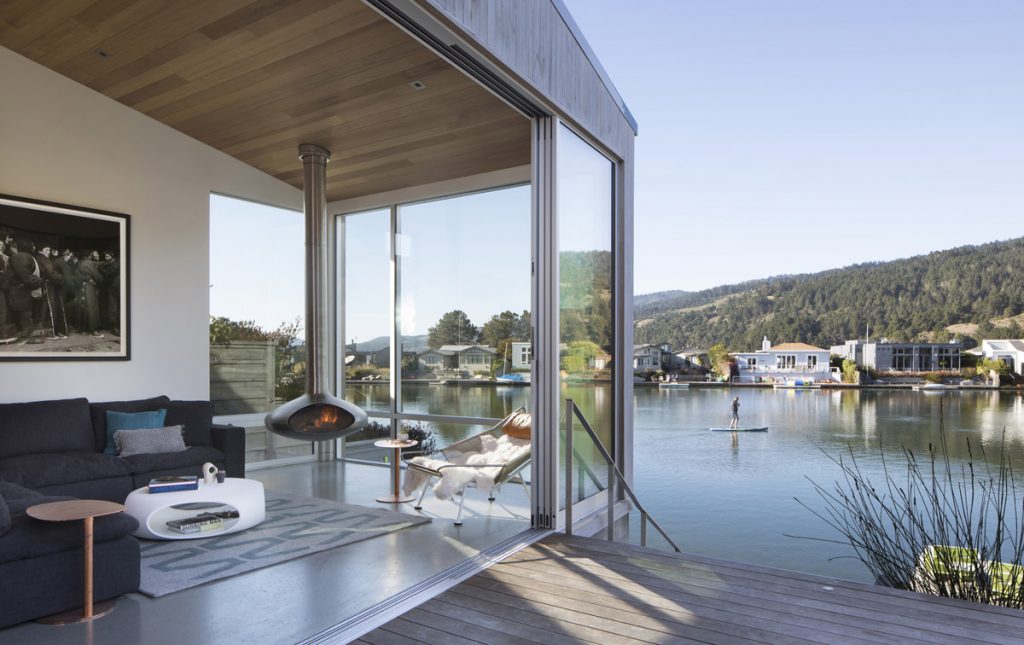 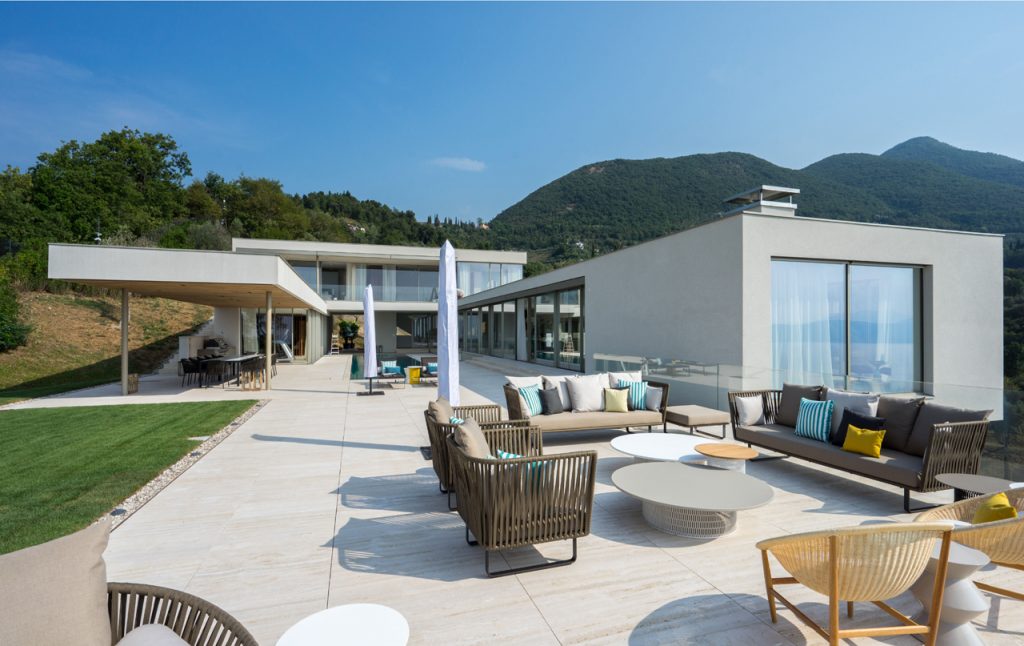