In keeping with the aim of global design excellence for the next generation, we gathered the world’s best experts across five competitive creative sectors to be judges in the SBID & BEOPEN Student Design Competition, Designed for Business. On Tuesday 18th September, we rounded up this panel of esteemed professionals to discuss, deliberate and decide on our fortunate finalists and lucky winners for each of the creative categories across Interior Design, Interior Decoration, Product Design, Art and Fashion. The finalists are set to be announced on Monday 29th October 2018!

Following our interview with the Founder of HG DesignWorks, Hans Galutera, we spoke with Architect and Courser Leader, Russell Gagg to discover what he has learned from working in architectural practice since the 90’s, before becoming a degree level educator.

Can you describe your current job?

I am currently Course Leader and Principal Lecturer of BA (Hons) Interior Architecture and Design at the Arts University Bournemouth.

What is your background and how did you get into interior design?

Having graduated, I entered the Manchester architectural scene in the early ‘90s – an environment that was dynamic and highly competitive. The city was enjoying a re-birth and understood that the re-use of its industrial heritage was the best route to a sustainable future. At the time, a small number of practices shared this understanding and pushed themselves to create ever-more progressive architecture which would meet the demands of urban growth. Working for them was equally demanding but also rewarding, enabling young architects such as me to gain diverse and invaluable experience across a wide range of design. You were expected to learn quickly, be adaptable, resourceful and resilient and to meet deadlines; you were also expected to challenge the norm and take creative risks. It was tough – it still is tough – but it was worth it when you see people enjoying a city that you played a part in rebuilding.

Over a period of some fifteen years I worked in architectural practice in Manchester, Kuala Lumpur and Singapore. After a year travelling around Central and South America we settled in New Zealand where I spent a short time in practice and then started teaching architecture at undergraduate and post-graduate levels at the Victoria University of Wellington. 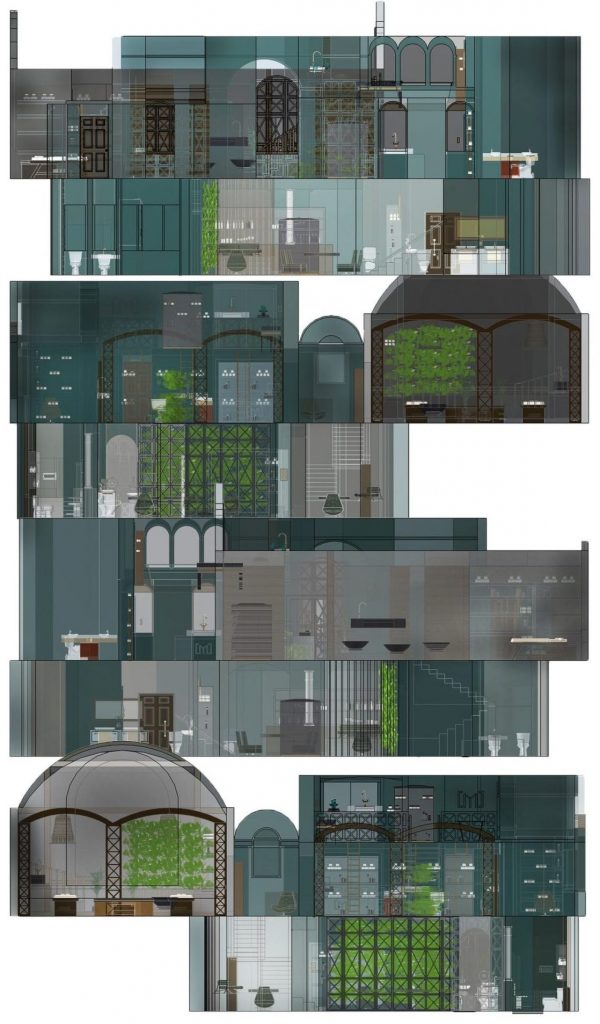 This experience enabled me to apply for the leadership of the Interior Architecture and Design course at the Arts University, where I have been since 2006. It’s a great job in a dynamic institution and I share this with highly creative staff and students. Together we have grown and developed the course to become one of the largest and most progressive in the UK – a course which really challenges the accepted boundaries of what the “interior” can be.

Which people do you admire most in the industry and why?

There are many highly successful individuals and practices. What I most admire is the adaptability, dynamism and skills of the industry itself. Interior design practitioners are experts at understanding the potential of design opportunities and applying their creativity to grasp those opportunities – it really is the most exciting area of design.

How do you feel about being a judge for this new student design competition?

This is one of those opportunities. The SBID Design for Business student competition will have such an impact on the lives and careers of those who enter. For the winners, it could really be a game-changer.

How did you find your judging experience?

It was such a pleasure to see such a high standard of work from across all the categories and to listen to the comments from design experts and industry leaders in those fields. I hope the students enjoyed their projects because the judges certainly enjoyed looking at them.

What advice would you give a young designer starting out in the industry?

Patience. You have to work hard. Enjoy yourself when things go well and reflect critically when they do not. Accept that this all takes time and does not happen instantly. Working in the creative industries is immensely rewarding but that reward only comes to those who stick with it and keep working at it.

If you had won £30,000 just after graduating from University, what would you have done with it?

I would travel  – there is no better inspiration.

Click here to find out more about this year’s Designed for Business judging panel or visit our website, here, for further announcements and information about this inaugural, life-changing student competition!

In a new series we profiled the SBID Masters of Design to discover a new perspective on global interior design. We spoke with interior designer Liang Jianguo who attained degrees in Art and Architectural Design before launching his career in the 1980’s when he co-founded the Newsdays Design Studio. His award-winning projects have harnessed a design palate inspired by the contemporary dynamism of a young and rising generation, whilst capturing the essence of Chinese culture and remaining sympathetic to China’s traditions.

When did you know you wanted to work in design?

When I was five years old. I came across a picture by Qi Baishi, one of the most eminent Chinese artists and from that day, I decided to become immersed in art. In terms of my career, I officially became a designer when I established my own interior design company in 1984.

What has been the most career-changing moment for you?

It all started in 2004 with my Beijing North Lake Number Nine Club & Restaurant project. From then I started to formalise my own style and design concept, fully-integrating elements of Chinoiserie, modernism and nature in an international way. 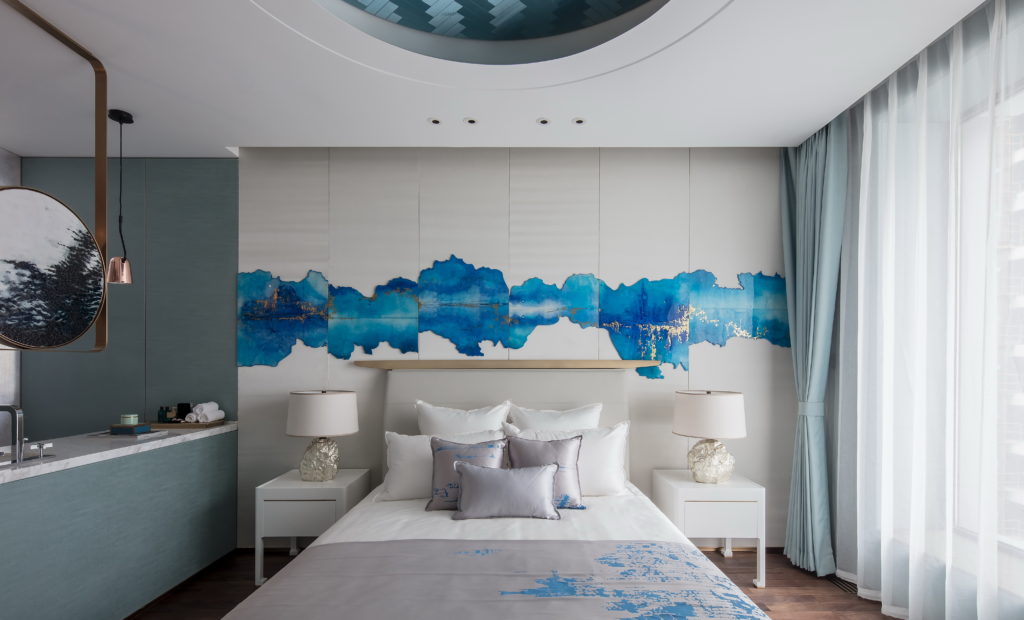 What advice do you have for design students?

They should seek to understand more about life and society – and not be swayed by achievement or vanity. Don’t think too much of becoming a master designer; instead do more to solve the original needs of design. 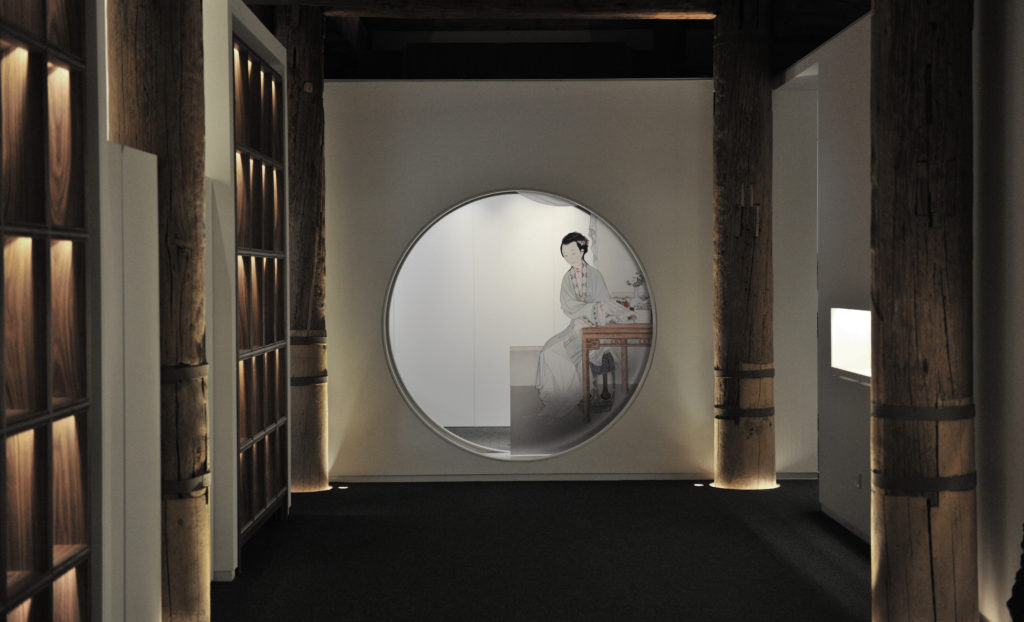 How would you like to use your talent and work around the world?

I’d like to present Oriental culture and the Chinese aesthetic on the international stage while introducing good Western design and ideas to China through collaborations. It would be great to work on international projects between foreign and Chinese designers.

The task of designers is to solve problems posed by human life and to address the practical and spiritual demand of the human condition. This is the common concern of all nations so really we can say that design is stateless, and not limited by geographical boundaries. 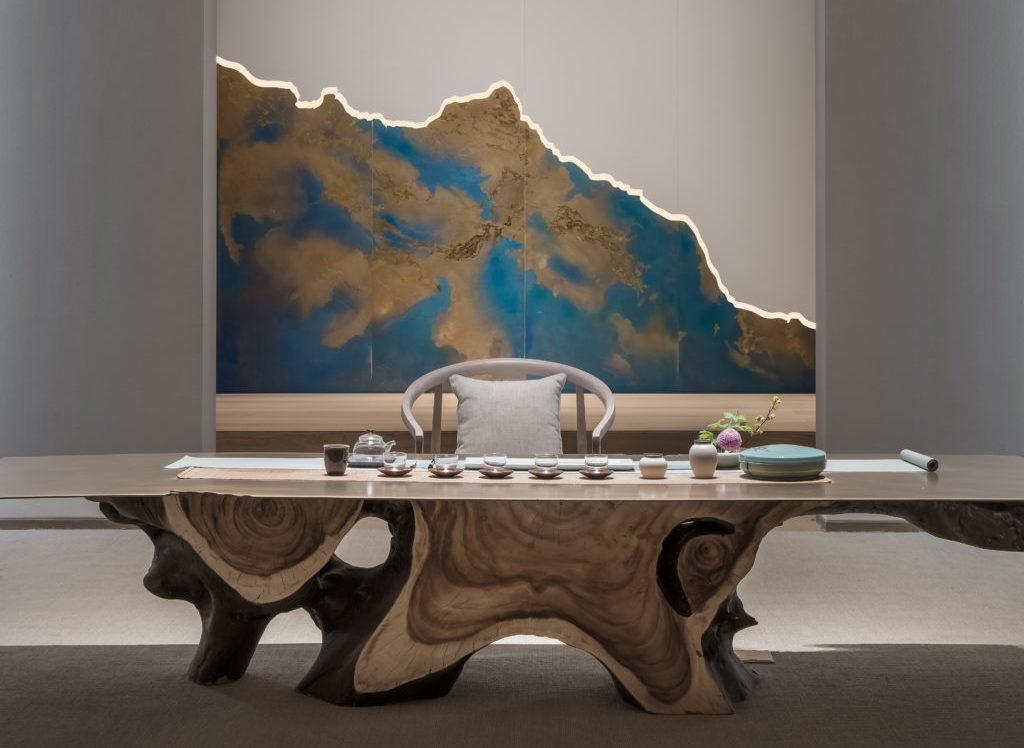 What does being a SBID Master of Design – CHINA mean to you?

For me, it means we can collaborate internationally with some of the most inspiring international designers – this will allow us to expand each other’s horizons. 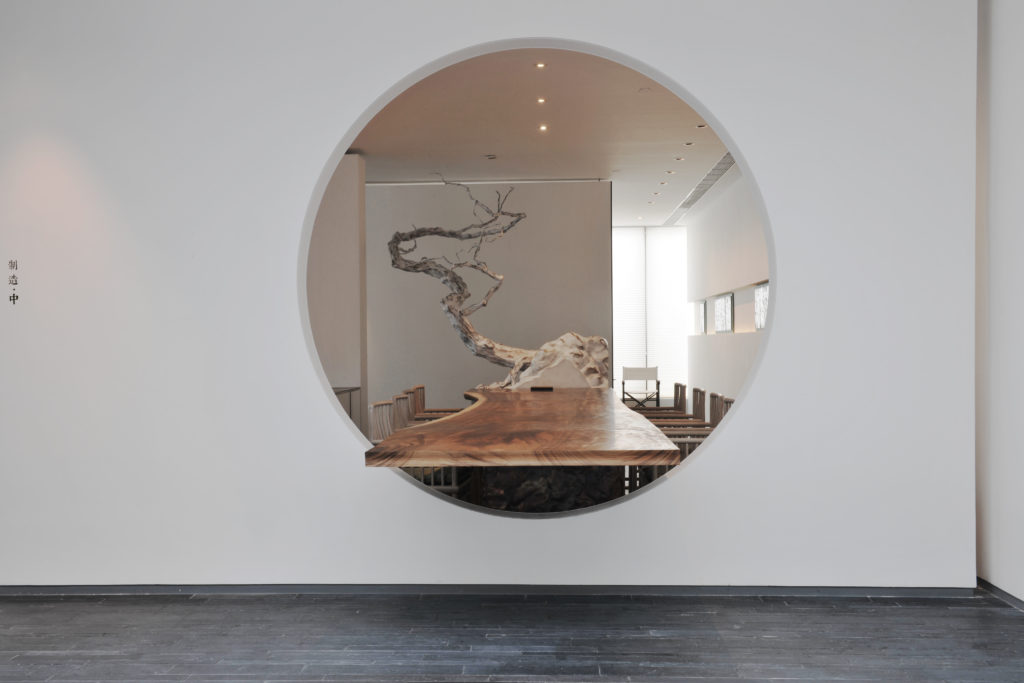 Britain was represented at the European Council of Interior Architects (ECIA) by the official representative, The Society of British Interior Design (SBID), among sixteen other member countries at this year’s annual meeting. Each member country shares an interest to promote standards through a unilateral agreement on education requirements, competence skills and the EU code of conduct.

This year, the ECIA’s Annual General Meeting was held in Valencia on Saturday 24 September. Frazer McDonald Hay, Chair of SBID’s Education Panel, attended with SBID President Vanessa Brady, and gave a presentation about his activities and experiences after being appointed as representative for the ECIA Educational Recognition Program. Frazer will serve as the liaison between educational institutions and ECIA.

The French National Association had unfortunately reported bankruptcy and was represented in observer status only. An application was received by a French Federation and will be considered for membership in wp-content/2012. Malta has now met the ECIA standard and their application to become an ECIA member was approved; Malta will be represented and inducted into the European Council at Brussels in wp-content/2012 among all other member country organisations.

The annual general meeting was represented by the President of the leading organisations of each of the 16 member countries in Europe and was chaired by the ECIA President Joke van Hengstum. The outgoing Secretary General Gerrit Schilder said goodbye after his official six year term (constitutionally this is the time limit on holding a position). Germany proposed Elke Kaiser, member of the German national organisation BDIA, as the successor Secretary General and the vote was passed.

Next year the European Council will celebrate its twentieth year and the AGM will be held in Brussels where its headquarters are registered.

During the constitutional six year term of her post as Founding President of SBID, Vanessa Brady  also put forward Britain as a hosting country for 2014 before her departure as President of SBID in 2015. In 2013 the AGM will be hosted in Amsterdam.