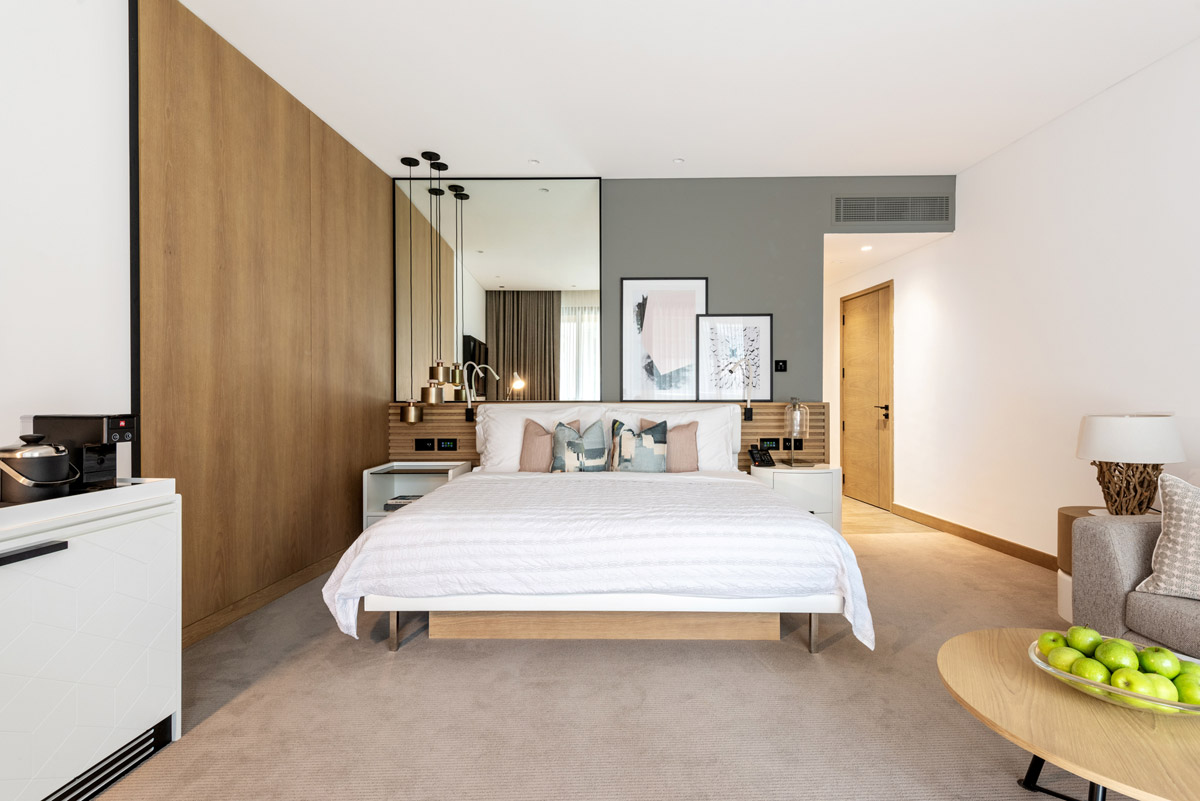 This week’s instalment of Project of the Week series features refurbishment of resort’s suites and guestrooms by 2021 SBID Awards Finalist, LW Design.

Despite being constructed and decorated beautifully, Le Royal Meridien Club Tower was looking for a much lighter and softer touch to their rooms. Specifically, something that would better resonate with the luxurious beachside feeling of the view outside the rooms, and LW Design team of designers knew exactly what to change in those rooms, so they felt all the more inviting.

The client brief stated that Le Royal Meridien Club Tower was looking to refurbish the suites and the guestrooms in a way that would keep the overall feel and look of the main tower intact. The brief also mentioned that the rooms should have a beach-like vibe to them, further emphasizing it as the premium holiday destination. The tower stood tall among the many skyscrapers of the city, which means that every visitor would have a great view of the city and the beach. Therefore, much of our team’s efforts would go into subtly solidifying that summer holiday feel.

The LW design team that was overlooking this particular refurbishing project understood that there were limitations as far as creativity was concerned. They had to bring the right beachside touches to the rooms while keeping the overall aesthetic of the Club Tower. Despite being a challenging task, it was a test of design potential, and LW Design definitely emerged victoriously.

The Club Tower project was unique because of its circumstances and different requirements – the brief emphasized that the rooms have to appear much lighter and more welcoming, with a feminine yet modern touch.

The narrowed down criteria of soft, light, feminine, and modern, saved the designers a lot of time and helped them jump straight to the crux of the project. The team decided that they would use lighter timber around the room that would help reflect more natural light towards the centre. This accentuates some details while highlighting others, such as the natural rattan, which was among the materials to give a luxurious yet sustainable aesthetic. The room also features subtle blush pink accents throughout to create a feeling of feminine comfort.

As with any project that LW Design takes over, there came a few obstacles when refurbishing the many guestrooms and suites of Le Royal Meridian Club Tower. One physical challenge was the incredible lack of space in the bathroom.

Since the bathrooms were much smaller, it was considerably harder to give it that lavish look and feel. However, with the help of a sliding door between the shower area and the bathroom, the team was able to make the bathrooms feel more spacious and luxurious without having to compromise much.

What makes this project special is simply the clever use of standard finishes. These gave the rooms a much-deserved lavish feel while still keeping the design style in line with the main hotel and guest rooms. Moreover, the team contrasted white oak timber against the black metal, which complimented the blush pink and turquoise colours.

Overall, the Le Royal Meridian Club Tower was an exciting venture for the LW Design portfolio. The unique look of the rooms and the precise requirements of the project made it one of their finest works to date.

Why did you enter this project into the SBID Awards?

It is always an exciting experience to enter awards, however given the calibre of work and entries into these global awards, it makes it even more special.

We hope you feel inspired by this week’s design!

If you missed the last instalment of Project of the Week, featuring a unique Adidas office design by Oktra, click here to read it. 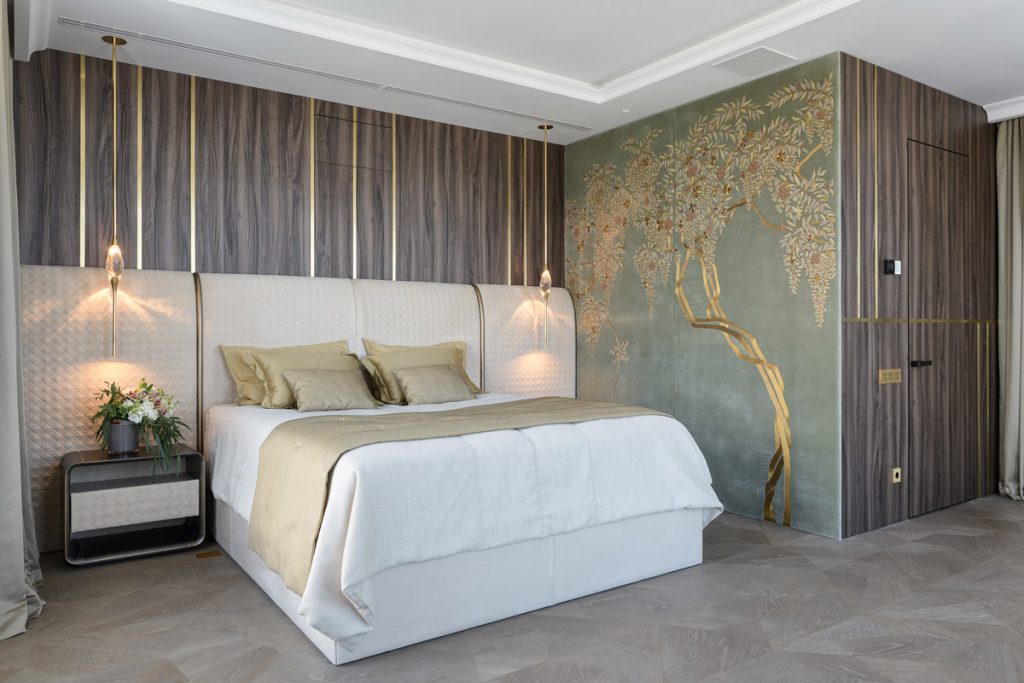 Blue Agate Stone at the Heart of a Luxury Apartment 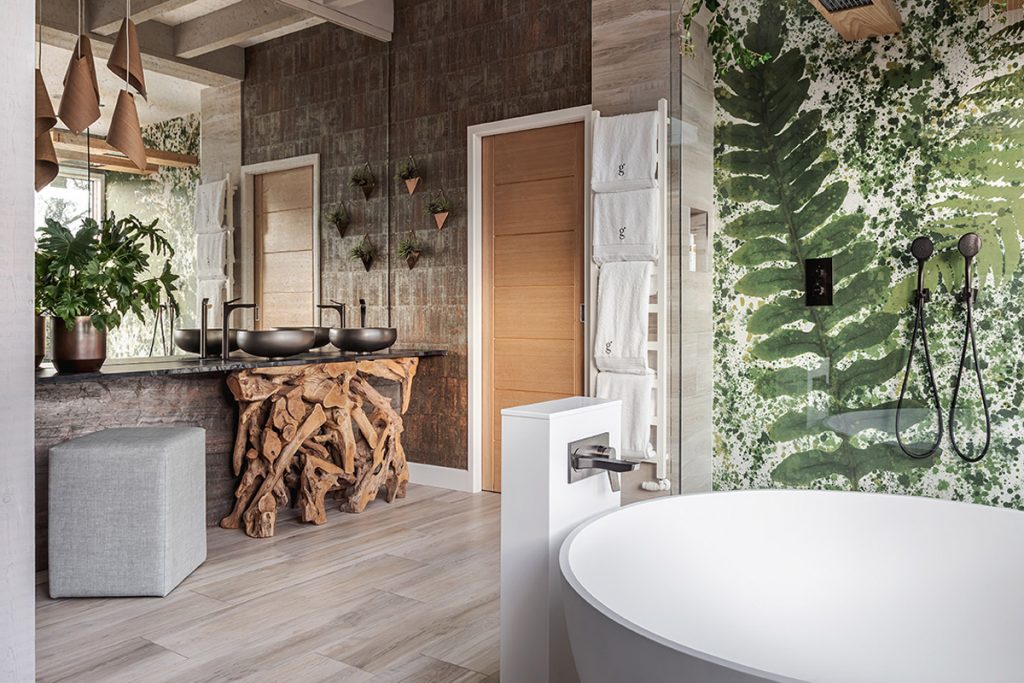 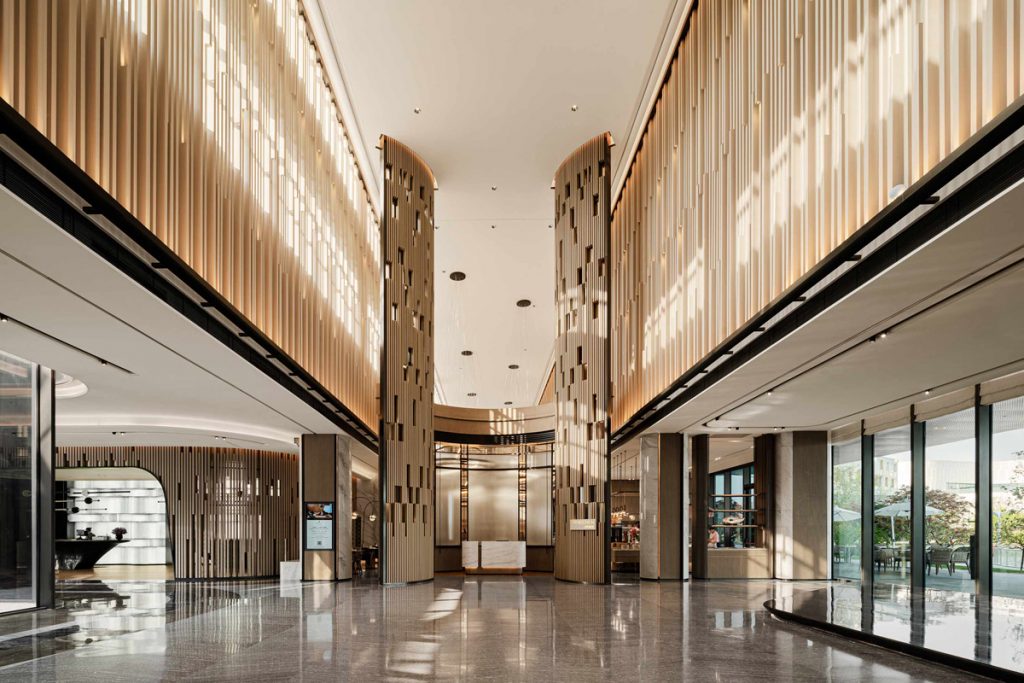 Hotel Design Inspired by the Principles of Mindfulness