The UK interior design sector has started 2010 with a 43% increase in the refurbishment sector during one of the worst recessions the property sector has ever seen and has focused on the commercial and international markets to combat falling commissions from the residential development market, traditionally a core growth area for British interior designers. These are the latest findings from The Society of British Interior Design – the industry’s leading representative for professional interior design practitioners and architects.
Worth over £11.6 billion, British design industry has seen the formation of a new professional body created to protect and promote the work of British interior designers whose projects are renowned in Europe, America and the Middle East.
The Society of British Interior Design, which represents the most influential practitioners from offices across the UK, highlights that the 2009 recession affected expenditure on design by housing developers and private property investors, who during the 2003-2007 boom years provided significant commercial commissions for interior designers. It adds there is likely to be an undersupply of new build product in 2010 as developers have to build-out previously ‘mothballed’ schemes.
Despite this the Society reveals that British interior design professionals have avoided the worst of the downturn that has impacted the property industry. Over 50% of interior design companies have seen no change in the demand for their services across the board, as they have diversified into the residential refurbishment sector and just over half (54%) of design businesses think their turnover will rise in 2010-2011.
The organisation stresses this is of significant importance for a sector where two thirds are freelance designers responsible for £2 billion annually. In addition, 77% of interior design businesses have a turnover of less than £100,000 per year. These are mainly small businesses with one to three members of staff but as they make up 80% percent of the sector in the UK, they have faced extensive challenges to become more flexible in their work and choice of client.
Vanessa Brady, Chairman of the Society explained: “This is why we are seeing a significant rise in the number of UK interior designers pitching to commercial clients, such as hotels, and are looking to work with clients in the rest of Europe and America where British design is highly regarded, our members generally represent the top 20% of practitioners.”
As for the profile of the interior design industry, the Society points to the fact that the recognition of signature brands has never been higher with the rise of fashion designers moving into interior design, such as Philippe Starck and fashion houses of Giorgio Armani, Versace and Fendi.

However, the work of these and high profile interior designers such as Christopher Dezille and Nina Campbell has still done little to resolve misunderstandings about the professionalism of interior design generally in the UK – that the industry is based on small private commissions to decorate living rooms and bathrooms. In fact, projects by signature designers only amounted to an estimated 5% of annual turnover for this sector in 2008 – 2009.
Brady argues: “Because almost 80% of the companies in the design industry are niche companies with just a few staff, this has driven the increased pressure from our sector for companies to join groups that profile-raise and lobby for interior design professionals and architects; groups that not only support, guide and partner members across the UK and internationally, but who take responsibility for professionalising the sector through education and promotion.
“British interior designers have moved towards a more holistic approach to design, incorporating construction, architecture and building services skills with their own design education, which is why it is essential interior designers are involved in development projects at the right stage, from the beginning rather than on completion of an empty shell,” she adds.
The Society is there to counteract the constant battle for individual design professionals and companies, who have to prioritise securing more projects (and ultimately income) rather than communicate the value of design to the construction and commercial sectors, Government and the wider world. The majority of British interior designers simply do not have the time and resources to focus on this, and celebrity endorsements generally fail to reflect the true nature of the profession.

Growth Sectors
In 2009, the number of hotel refurbishment and design commissions comprises of 40% of the UK interior design sector’s income. While 10-year refurbishment budgets were suspended when credit crunch hit, occupancy rates still have to be achieved. However the interior design element and delivery of this has been recognised by hoteliers as being as important as the budget value.
Brady highlights: “Hotels and restaurants, in both the UK and Europe are the key growth areas for 2010, and are areas where our members are finding the most activity along with building refurbishment to comply with government guidelines on sustainability”
The Society points out that public sector projects are suffering budget cuts and project delays as a result of funding restraints from central Government, however schools and hospitals have to upgrade and meet building regulations for the sector. The Society calculates that the public sector contributed to around 10% turnover for UK interior designers and specialists.

The Society believes that this indicates that good design is now recognised by the public sector as valuable to the way people feel within their environment. Interior design, well planned and comfortable offices and public spaces, are also linked to productivity in a sector where motivation is a constant concern.
In the office sector, interior design projects have increasingly been required to review sustainability as the key refurbishment drive. In April 2010, a new law will come into force to ensure all public buildings have put in place measures to reduce their carbon footprint by 20%. This forces upgrade and overall refurbishment in specifications including environmentally friendly lighting, heating and insulation.
While this area brought in 15% of commission for the UK interior design sector for 2009, this is expected to rise from the end of Q1 onwards.
Other areas of growth identified by the Society include ocean liners (commissions for this sector brought in and essential 15% of annual turnover for interior designers in 2009). As cruises become a new affordable form of leisure and travel, the sector has increased by 120% over the past decade, leaving opportunity for refurbishment and design for new liners.
Alternative sectors are being developed and investigated by the Society to assess turnover growth and government influence as by regulation or incentive, by funding or finance – all of which influence the development of property growth.

A proper education
For 2010, the Society aims to bring a standard qualification to the UK interior design sector to fall in line with continental Europe and America, where clients expect to see one kind of educational achievement for professionals. This is essential to widen opportunities internationally as the UK does not currently have a standardised qualification format, which could prevent mass commissions in Germany and France, where both economies have risen out of recession.
Brady argues: “It is absurd that a profession responsible for creating more than £11 billion of GDP has, until now, no championing organisation that punches its weight.
“The profession needs to come of age and claim its identity, through a strong, nationwide alliance of professionals and supporting educational institutions.”
She adds: “In the UK, the interior design industry is often thought of as home improvement, which is not a sector that fits the commission statistics of the sector.

“Construction, development and commercial industries have recognised the importance of ambience and interior design and how that improves the bottom line. This does not generally increase the budget but simply spends it more effectively.”
Like other sectors, the recession has forced interior design practitioners to be more flexible in their skill-sets. Professional designers are now skilled and educated in construction and architecture in their own right. They must also understand and specify sustainable products in order to meet Building Regulations, such as energy-saving lighting, heating methods and building materials.

Branding and sustainability
Brady believes branding the sector as commercial professionals should be led from the ground up, supported by the work of successful media and marketing campaigns by Sir Terence Conran, Johnny Gray and George Bond.
“Adding designer branded products is fine but designer buildings is all very ‘noughties’. We have also moved into a more socially conscious era. It’s not about showing-off; people are finally more interested in delivering quality of life and environmental responsibility.
“Because of this, clients want to know the origin and chain of custody regarding products and materials sourced for a project – particularly those in the hotel and retail sector as they have to conform to social corporate responsibility agendas and environmental commitments. Sustainability has finally become a priority to conform to legislation and public expectations, therefore good design will have heritage of product resource included in the designer’s tender documents,” she said. 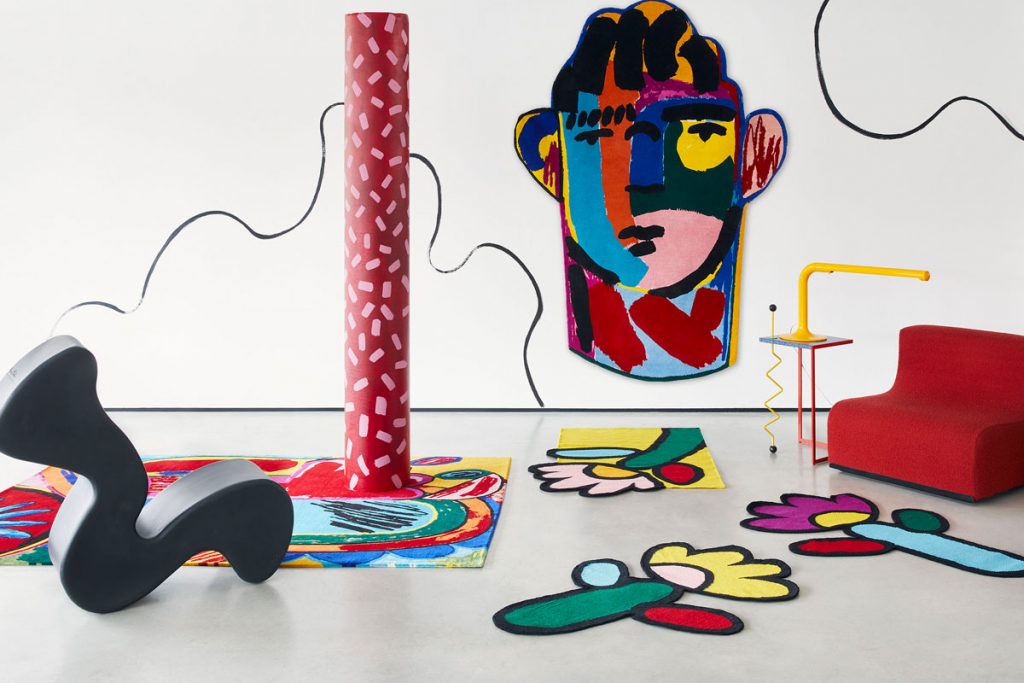 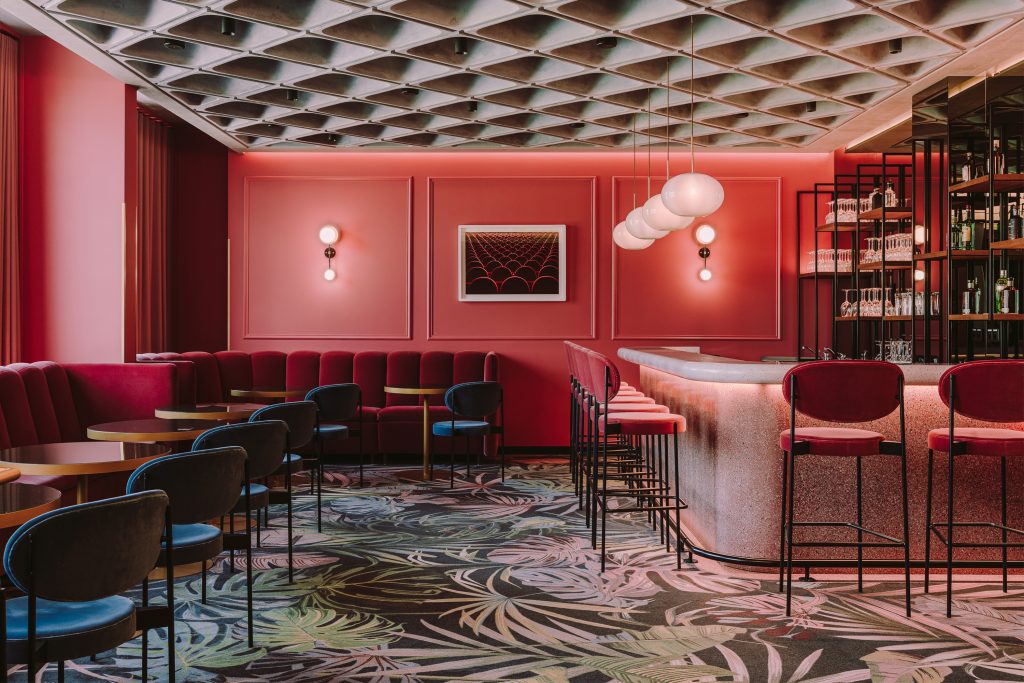 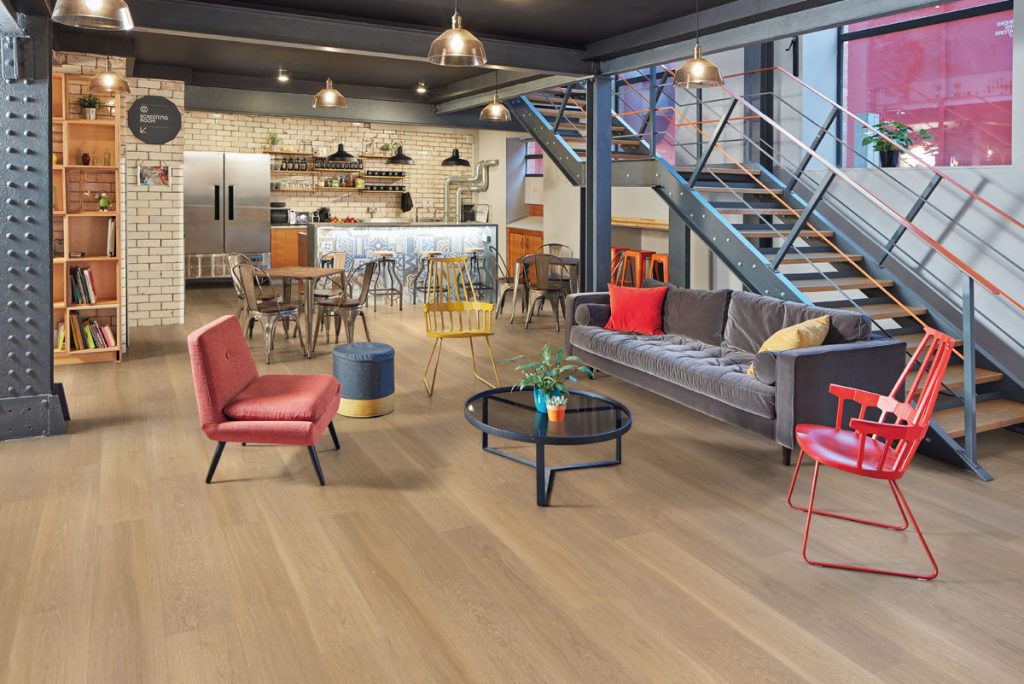 The Interior Edit: Products for August 2020